Donuts are known for being a critical diet staple (or maybe it’s just us….). We love frequenting the donut shops in and around the Cleveland area. So many good options we can’t recommend just one! We dare you to go on a Saturday mission to try them all-then report back with your faves! 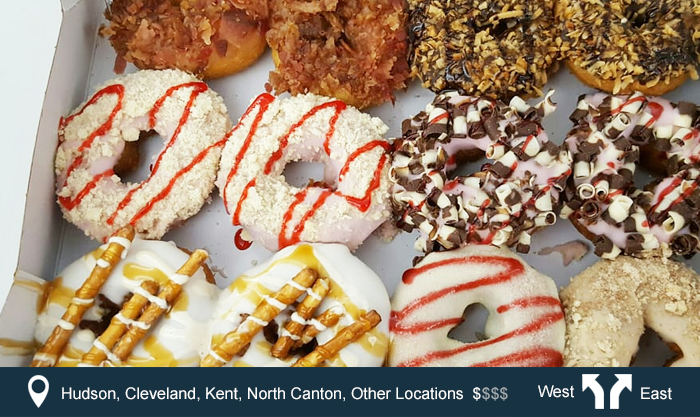 Making their donuts fresh throughout the day, Peace, Love and Little Donuts hand decorate each donut right in front of your eyes. Go up to the counter and admire the little donuts in the glass case. Check out all the toppings and then pick your faves. They’re mini which means double the amount of donuts you can order! They have three menus of donuts: groovy, far out, and funkadelic. Each menu offers different toppings. Try the cookie dough or s’mores and check out their insta page-they’re always posting pics of new flavors. 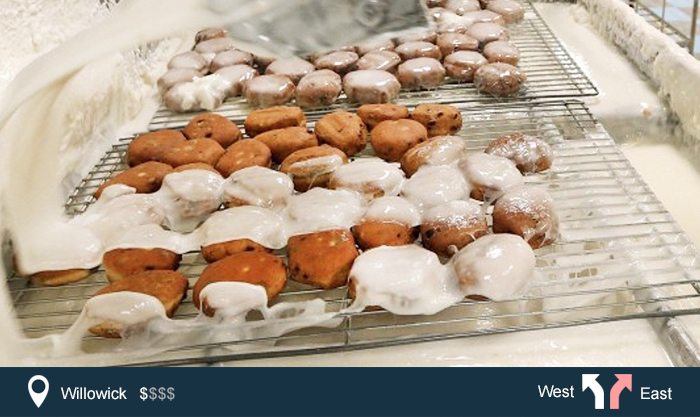 Biagio’s received the 2014 people's choice award in a regional donut contest. With a wide variety of donut flavors, it’s hard to choose. A classic choice is their maple cinnamon donut. They also are a pizzeria; enjoy Biagio’s for breakfast and come back later for lunch! It’s a small welcoming shop but is well known among the Cleveland area for its donuts. 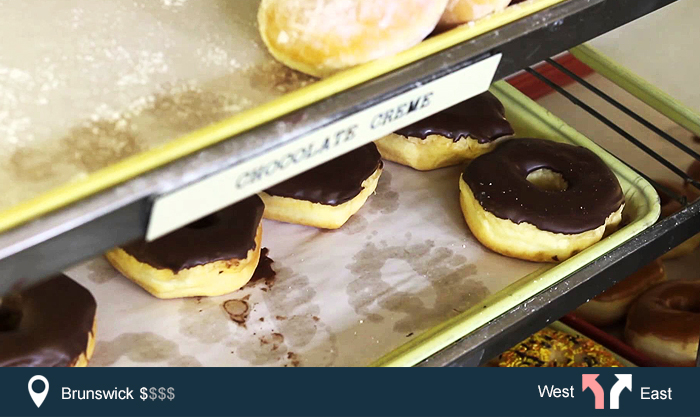 Offering over 50 varieties of homemade donuts, Donut Land is the place to stop if you’re in the Brunswick area. Forgot breakfast on your way to work? They’re open at 5am Monday-Thursday and 24 hours Friday and Saturday. Celebrating a birthday? Order one of their “Happy Birthday” donut cakes. Perfect choice for the donut lover! 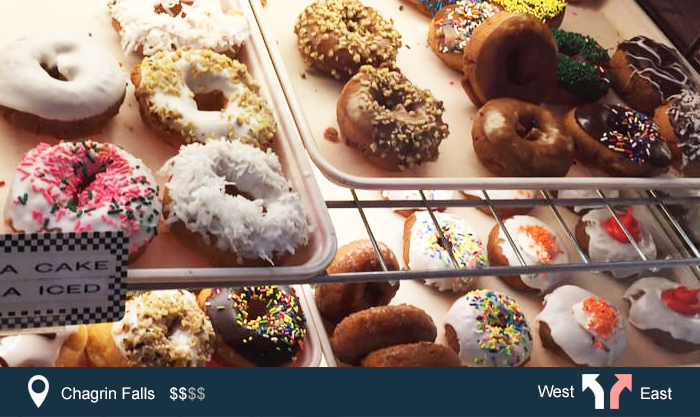 Raised and Glazed offers fresh hand cut donuts that are thick, fluffy, and flavorful. Voted best donuts by Cleveland Hot List, they are known for their donuts as well as their cakes. They have great buttercream frosting and are able to decorate a cake with whatever design is requested. Also check out their glazed croissants-we hear they’re amazing. When in Chagrin Falls be sure to check out this hidden gem! 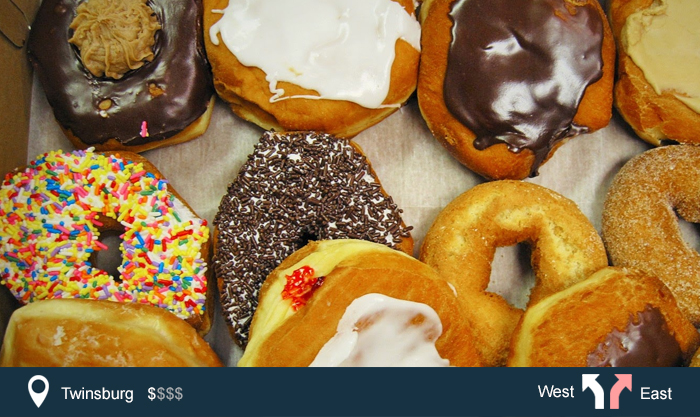 George’s donuts are made fresh each day and awaiting customers every morning at 4:30. They offer homemade custards and fillings making it not hard to see why George’s has a line out the door every Friday. The owner graduated from a baking school and has been making his donuts ever since. Located near Hudson, George’s is a great start to your Saturday and can be followed by a stroll through downtown Hudson. Sounds like the perfect day to us! 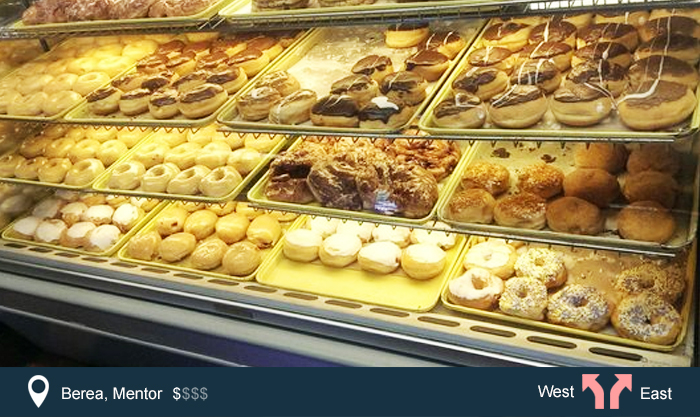 Spudnuts donuts boasts glazed, sugar coated, and vanilla and chocolate glazed donuts. However, their donuts are unique; they are made with potato dough. Do they taste like potatoes you wonder? Of course not, they taste like donuts! Spudnuts Berea shop remains one of the original Spudnut shops. They have three menus: spudnuts, spuddies, and variety. Spudnuts are a fluffy and tender donut, spuddies are frycake donuts and boast a distinct original flavor, and the variety menu includes items such as apple fritters and french crullers. Spudnuts is a great option if you’re looking for a twist on the original donut. 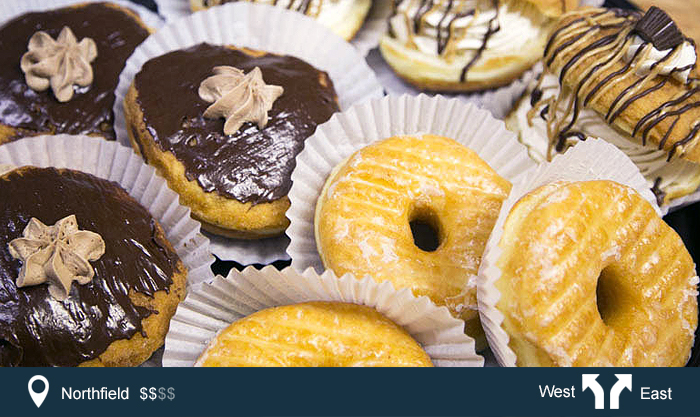 Stan’s Northfield Bakery has a menu filled with multiple pastries but their best feature? Their donuts. Stop in for breakfast and grab a donut, danish, or fritter. They offer paczki donuts (traditional Polish filled donuts) in multiple flavors, buttermilk frycakes, and seasonal varieties. Try an apple or cherry fritter too while you’re at it. As they say on their website, “Stan's Northfield Bakery has something for everyone's sweet tooth!” 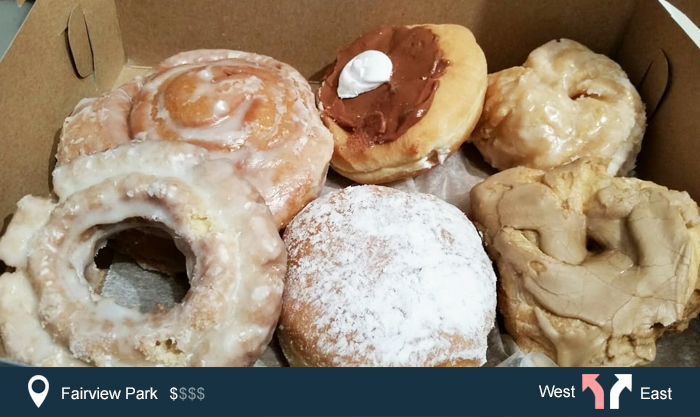 The founders of Beckers began their donut journey as restaurant owners. Their breakfast donuts were so popular they decided to open their own bakery. Beckers is now one of the most successful and largest donut shop chains in the Cleveland area. They have filled donuts, yeast raised donuts, cake donuts, and French cruellers. Try a glazed crescent or peanut cake donut. Head to Beckers and check out the donuts that made them famous! 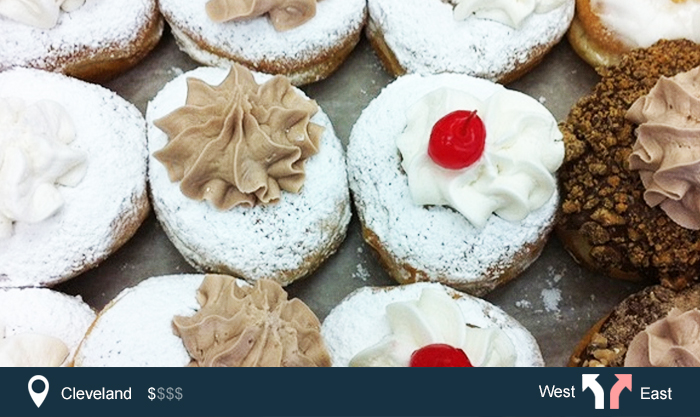 Since 1937, Jack Frost Donuts has been selling their famous fresh donuts. Recently moving into a newly renovated storefront, Jack Frost Donuts offers customers a wide array of donuts as well as a coffee station for those who enjoy a cup of joe with their breakfast sweet. Their donuts are made fresh daily and they make all of their own creams, icings, and glazes. It’s family owned and a great place to grab some food to start your day. 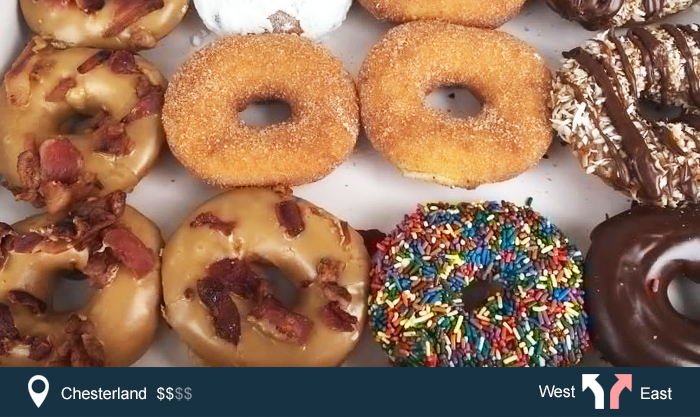 Pattersons isn’t only a fruit farm, it’s also a farmers market that offers baked goods. One staple on the menu? Donuts! Their apple fritters are delicious and any of their donuts can be ordered ahead of time to ensure they’re fresh and ready to go when you arrive. Call ahead to place an order or ask for their current list of donut flavors. And if it’s apple picking time head out to their fields and pick a few (apple donuts anyone?).