Feeling like sipping on some brews at a local Cleveland brewery? Check out our list of popular breweries in the Cle area. We recommend Hofbrauhaus or Great Lakes Brewery (they also have great food!). They’re Cleveland classics that are sure not to disappoint. Butcher and the Brewer is located down East 4th - it’s the perfect option if you’re looking to try homemade brews and grab a bite to eat. Spend the rest of the night checking out all the other bars in the area once you’re done! Don’t forget to call ahead to make a reservation if you’re heading to any of these breweries on the weekend - they tend to fill up fast.

Offering their beer at restaurants and bars all over the country, Great Lakes Brewing Company is known to produce some great beer. GLBC is a brewery and brewpub located in Ohio City. They joined a collective to form Ohio City Farm, which is thought to be the largest urban farm in the US. Head to their taproom and order a pint then wander over to check out their eco-friendly beer garden. It features a “canvas retractable roof, a radiant-heat floor and fireplace, and a straw bale wall.” Checking it out during the summer? Enjoy your drink out on their cobblestone patio. They’re also pet friendly, so bring your furry friend along with you, too! 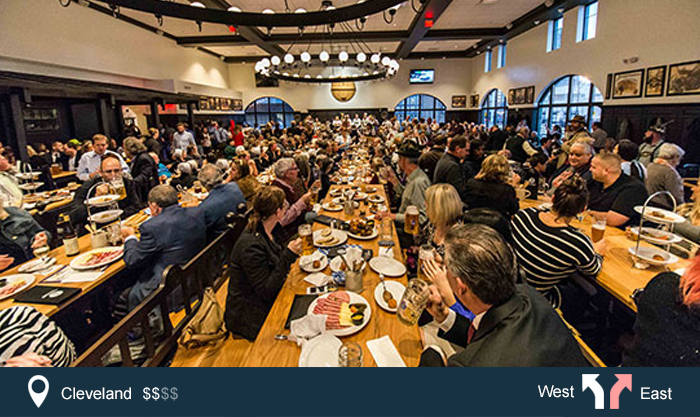 An iconic brewery in several big cities, Hofbrauhaus in Cleveland is a great destination if you’re in the mood for some good German brews and food. Hofbrauhaus is modeled after the 400 year old original which is located in Munich, Germany. Enjoy fresh-baked pretzels, schnitzel pieces, and other authentic German food when you visit. Several of their ingredients are imported and used in their freshly made dishes. Grab a stein and head to their Beer Hall-find a seat among the tables and make a few new friends with other visitors. They offer freshly brewed beer that follows the “Reinheitsgebot” or “Bavarian Beer Purity Law.” Taste test all 4 of their year round varieties or seasonal brews, pick your favorite, and order a few steins while you’re there! 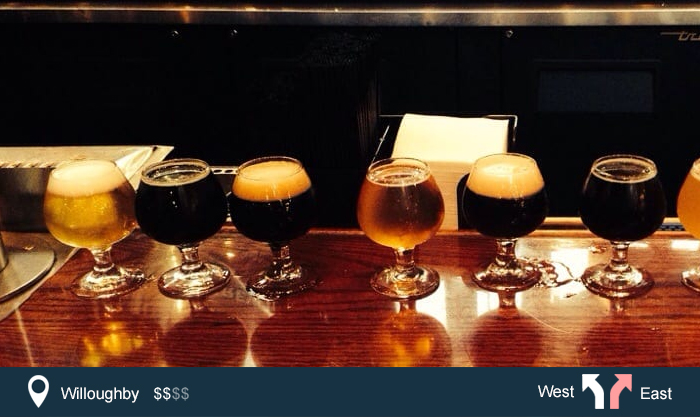 This brewing company serves award-winning craft beer and a full menu of great food. They offer live entertainment 4 nights per week and the atmosphere is amazing. Check out their website for their current tap list and beer portfolio. Don’t forget to order up some chipotle-lime hummus followed by a burger to go with your brew. If you’re in the Willoughby area, Willoughby Brewing Company is a must! 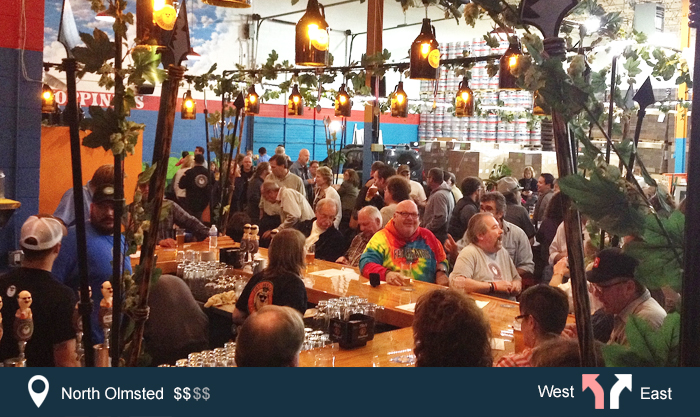 Located in Middleburg Heights and North Olmsted, Fat Head’s Brewery was founded in 1992 in Pittsburgh, PA. Producing craft brews, Fat Head’s is a premier craft beer tap house and restaurant. Their mission is to “create good beer,” and that’s exactly what they do. Grab a seat and order up a brew while checking out their extensive food menu. On your way out, check out their Fat Head apparel and collectibles. Pick up a Fat Head t-shirt to commemorate your time spent enjoying their beers and grub. 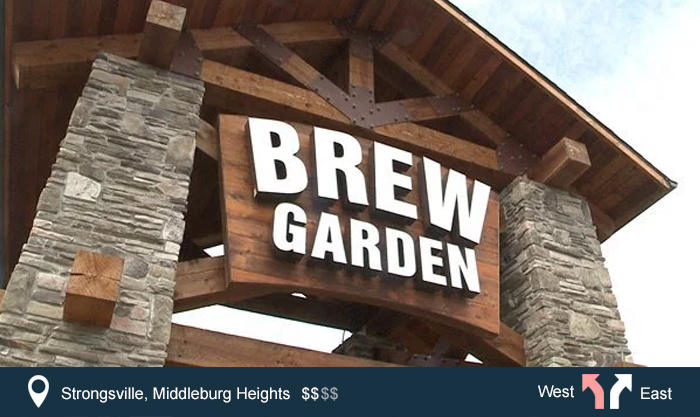 Brew Garden has locations in Middleburg Heights and Strongsville. They have daily specials and a full menu of good brews and food. If the weather's nice, grab a table outside on their patio. Order up a beer and some skillet tots and enjoy live entertainment. With so many great food and drink options, Brew Garden makes it easy for anyone to find something they’ll enjoy! 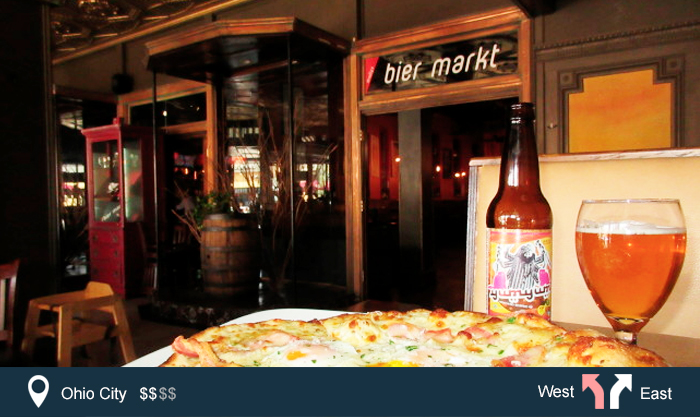 Bier Markt is Ohio’s only Belgian bier bar which opened in 2005. It serves over 100 Belgian and American craft beers along with over 30 rotating drafts. It is located in the Ohio City Entertainment District and has changed the beer culture in Cleveland. Take a look at their Facebook page or website to find out what featured bier’s are currently being offered. They also offer several beer tasting and food events throughout the year so be sure to check those out as well.

Butcher and the Brewer 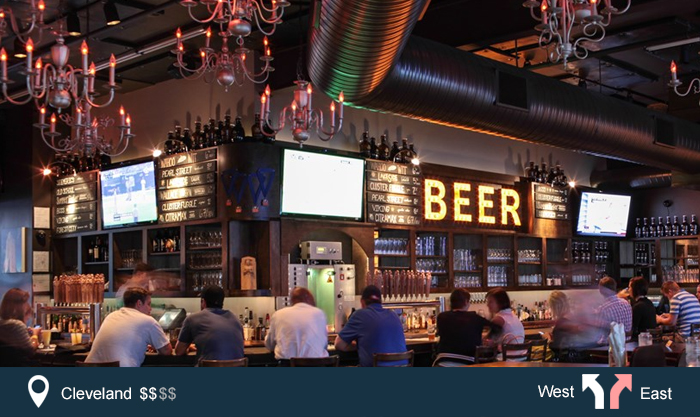 Butcher and the Brewer is located down East 4th and is a local brewery as well as restaurant. They work with local farmers to produce good food with fresh ingredients. Take a look at their seasonal menu for the latest and greatest dishes they're offering. They have an in-house butcher and charcuterie, ensuring their food and beverages are always made fresh. They “embrace local ingredients, ethnic flavors, and artisan producers to create a farmhouse inspired menu.” Their brewmaster uses a custom on site brewery and a formal education in brewing techniques to produce traditional and innovative beers, making Butcher and the Brewer a great place for the beer lover to stop. 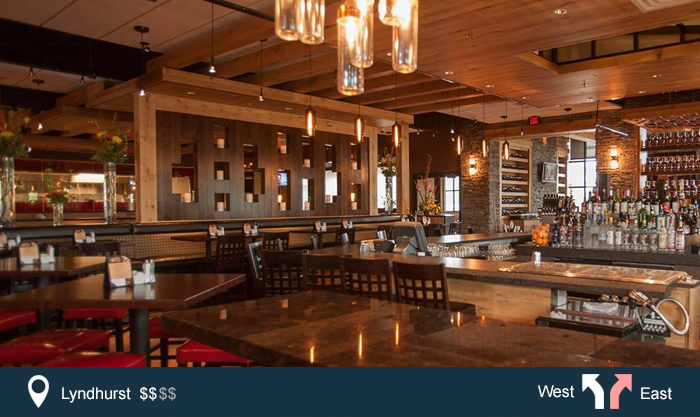 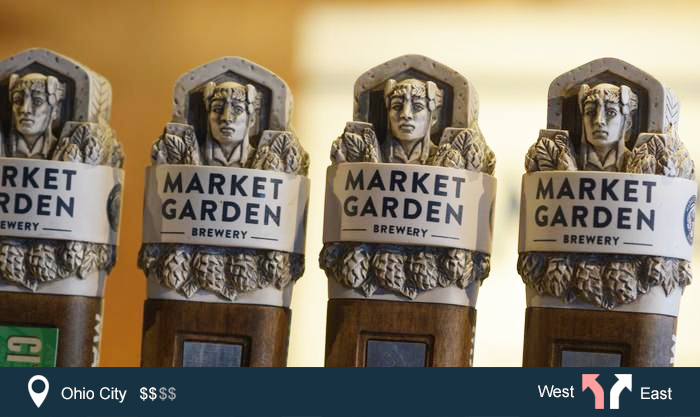 Heading to the West Side Market? Make a pit stop next door at the Market Garden Brewery. Try their award winning Progress Pilsner while you’re there. Take a tour of their 35,000 square foot production brewery and learn all about their brewing process. They’re also a great location to plan an event or private dinner. They have a menu featuring a wide variety of food options including brunch foods offered on Sundays. The Market Garden Brewery is a great stop after your Sunday West Side Market run! 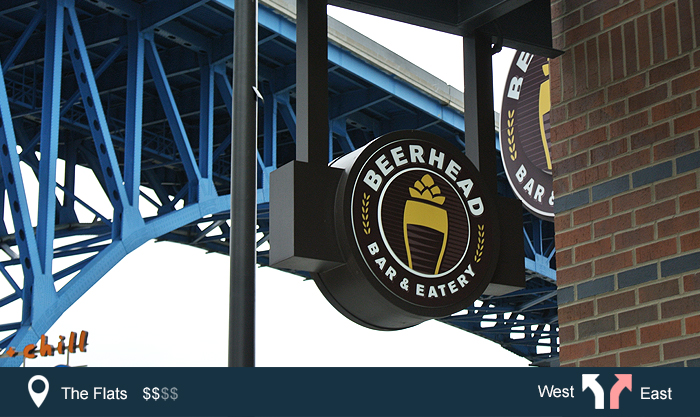 Located along the East Bank of the Flats, Beerhead Bar & Eatery combines the old and the new. They offer live music, a never-ending menu of rotating craft beer selections, classic cocktails, small plates and appetizers, and an eclectic atmosphere. Opened by two long-time friends, Beerhead has unique beers and spirits and a community setting. They have communal tables, local beer offerings, and live acoustic music. Enjoy a brew along with an appetizer and then take a stroll along the water-sounds like a great date night option or a night out with friends!